It’s not an easy task to summarize this guy without writing a novel. There are so many stories and experiences around Éric Texier.
Éric and his wife Laurence met while studying engineering in Lyon. They loved to go mountain climbing together and unexpectedly they also enjoyed drinking wine at those occasions (seems dangerous but this was during the golden 70:s…). The interest in wine increased during that time. When school was finished Éric and Laurence moved into a flat in town and started their grown up carriers in the nuclear industry.

That industry gives you a pretty decent salary, whereupon they started to invest in wines. It was all about the big names when they started, but after a while biggies bored them so Éric started to look outside the box and found another level of greatness in the wines from Gourgonnier, Chamonard, Trollat, Gentaz, Goyard and Guffens, among others.

Another thing that bored Éric was his work, so he decided to make an internship with Jean-Marie Guffens at Domaine Verget in Burgundy. This amazing decision followed by the proper Bordeaux oenology school where he (among many other winemakers we are working with) just learned what he didn’t want to do. After school, in 1995, Éric and Laurence moved to a house in the village of Charnay, southern Beaujolais. Éric made his first own wine from an old parcel of Chardonnay in Saint-Véran and an even older Marsanne from Crozes-Hérmitage. In 1998 Éric fully quit his engineering job and bottled the first wines à la Texier.

In 2000 Éric bought his first 0,5-hectare vineyard in Brèzéme, an almost forgotten appellation just on the border of southern and northern Rhône. Since this place is all about politics and family traditions it’s really hard to buy land here. Anyway, nowadays Éric has 4,5 hectares with old vines of Syrah and Serrine in Brèzéme. In 2009 he also purchased a few hectares in Saint-Julien-en-Saint-Alban, just up the Ouvèze Valley on the other side of the Rhône River. Today he runs about 7,5 hectares there.

Besides this, Éric makes wines from Côte-Rôtie, Châteauneuf-du-Pape and the southern Rhône where he buys grapes from friends that have the fruit he’s looking for and farms organic.
All wines are vinified in Saint-Julien-en-Saint-Alban before shipped to Éric and Laurences beautiful cellar in Charnay.

So, why live in Beaujolais and make wine from all over the Rhône Valley? The case was that Éric had a plan to make wine in Burgundy but soon realised that Burgundy needs more money than two engineers salaries. But without doubt, Eric brilliantly manages to make the kind of wines he was longing for.”

You can be the first one to leave a comment. 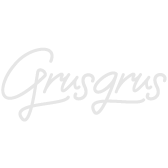